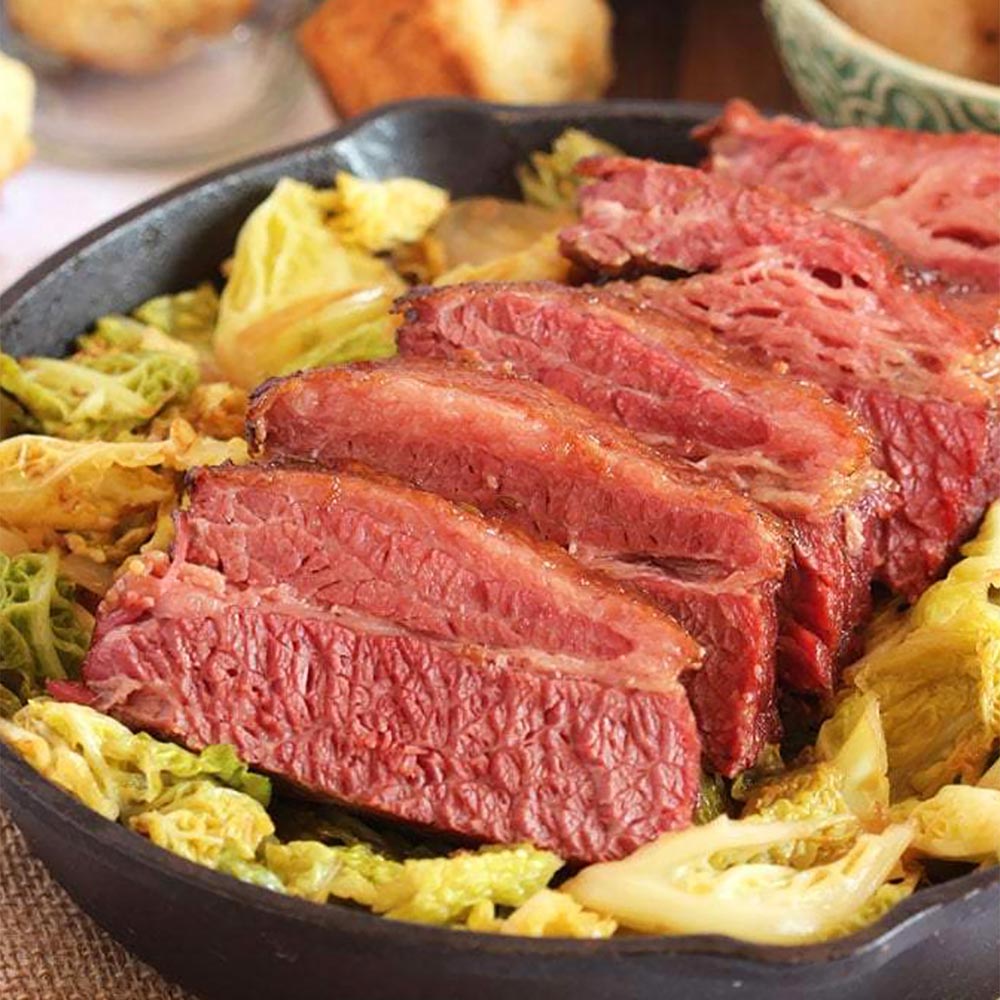 When the brisket has one hour left of cook time, heat the olive oil in a large skillet. Stir in the butter until melted. Add the onion and cook until softened. Add the cabbage. Cook until wilted and beginning to caramelize. Season with salt and pepper. Transfer the skillet to the oven and roast for 15-20 minutes stirring after 10 minutes. (The onions and cabbage should start to turn golden brown and caramelize.)

When the brisket is done, it should be tender enough to pull apart with a fork. If it’s still tough, continue to cook for an additional 30 minutes. Allow to rest for 10-15 minutes covered with foil before slicing against the grain. Serve with the cabbage.