Changing the way our food is raised.

As the poultry industry has pushed for greater meat yields and lower cost, these efficiencies have created unintended consequences for the health and welfare of the modern day broiler. So, where do we go from here? How can we continue to feed our population in a way that doesn’t sacrifice the well-being of the birds?

Introducing the Better Chicken Project. A collaborative project initiated by G.A.P. to establish a research-based framework for reinventing the modern day broiler chicken. 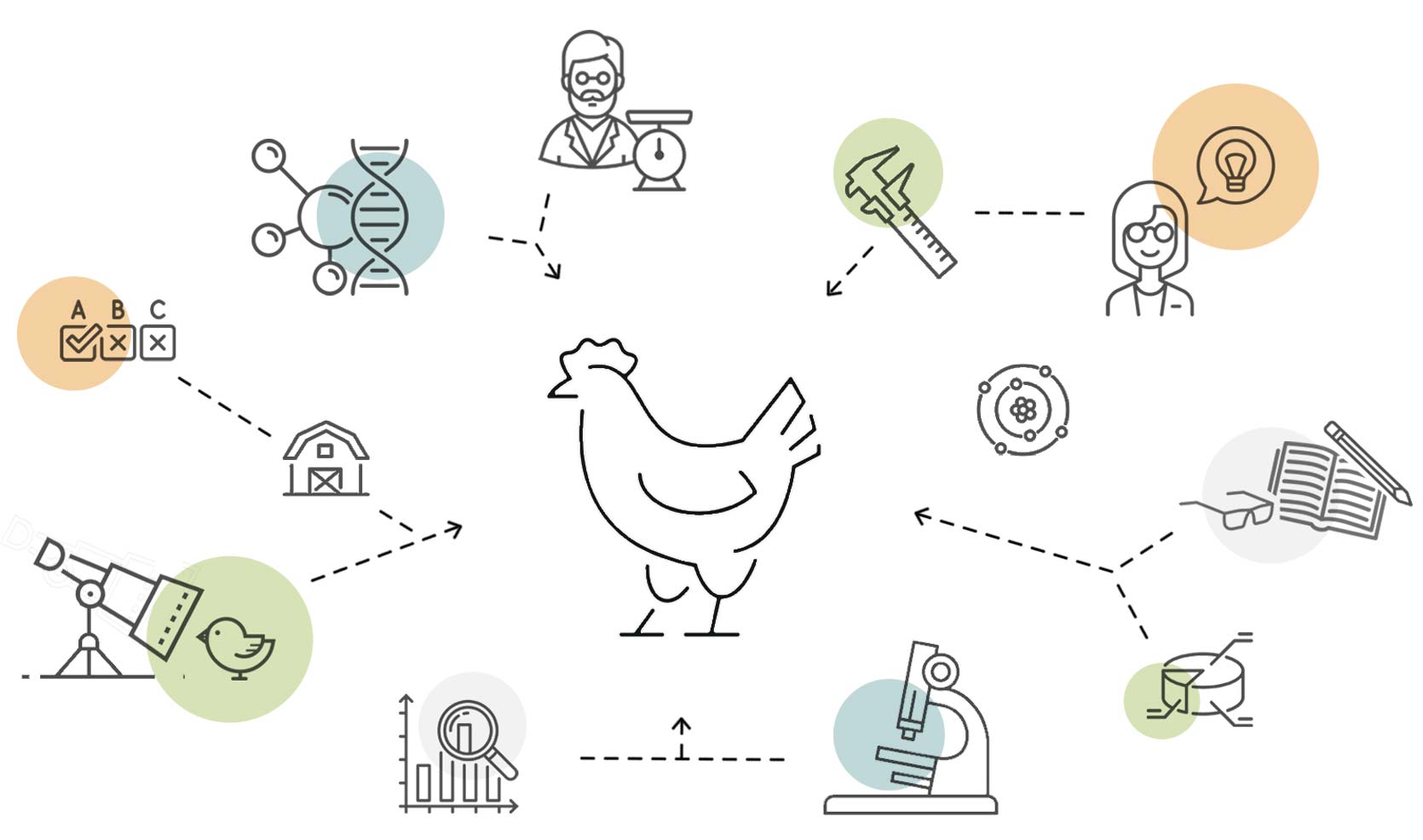 What is the Better Chicken Project?

Did someone say “research”?

Yes, we did. G.A.P.’s 5-Step® Animal Welfare Certification Program combines science with practical application for a standard that is robust, meaningful AND scaleable. To inform our standard further, we sought funding to complete the largest-ever study of broiler chicken health, welfare, and production. The study, which included more than 7,500 broiler chickens from 16 different genetic strains was led by researchers Drs. Stephanie Torrey and Tina Widowski at the University of Guelph, in Ontario, Canada and took over two years to complete. G.A.P. secured the main funding necessary for the project, and the researchers secured additional funding from the Canada First Research Excellence Fund. In-kind contributions were provided by Ontario Agri-Food Innovation Alliance and the major poultry genetics companies. The study was designed and conducted independently at the University of Guelph.

What will we do with the findings?

G.A.P. will use the data to set a new animal welfare protocol for determining broiler chicken breeds acceptable for use in its program. G.A.P. has committed to announcing the replacement of 100% of chicken breeds that result in poor welfare outcomes with breeds meeting specified welfare outcomes for its 5-Step® Animal Welfare Certified Program.

Based on the final results of the Guelph study, a technical working group of experts has been assembled to assist G.A.P. with drafting protocols for assessing breeds for use in their program in the future.

Our mission is to change the way our food is raised by positively impacting the lives of animals raised for food. In this case, we want broiler chickens to be able to actively engage with their environment and “act like chickens”. We believe that breed is the foundation to ensuring good welfare.

This summary represents key parts of the research; however, additional analysis and further data will be released in the future. All results from the study will also be published in peer-reviewed journals by the researchers.

You’ve come to the right place! The study itself is a research report dense with scientific observations, data, and statistics. G.A.P.’s technical working group will be meeting to translate these findings into actionable recommendations, which we will continue to communicate through a series of more in-depth articles starting with Part 1 below. Check back soon for additional releases on the study.

Why should you care about broiler chicken welfare?

Learn more about how broiler chicken production has changed over the past 50 years, the major issues with fast-growing birds, and what we can do to improve their welfare in the future.

What makes a better broiler?

Read more about G.A.P.’s thought leadership for reinventing the modern-day broiler chicken based on a comprehensive study recently completed.

Are today’s broiler chickens too inactive?

“What causes lameness in broiler chickens?”

09.08.20 – G.A.P. announces University of Guelph completion of research study “In Pursuit of a Better Broiler”
06.17.17 – G.A.P. Provides Funding for University of Guelph Study in Support of Better Chicken Welfare
03.02.16 – Our Commitment to Improving Bird Welfare with 100% Slower-growing Chicken Breeds

BETTER CHICKEN PROJECT UPDATE
We use cookies to ensure that we give you the best experience on our website. If you continue to use this site we will assume that you are happy with it.OkPrivacy Policy