Will Harris of White Oak Pastures 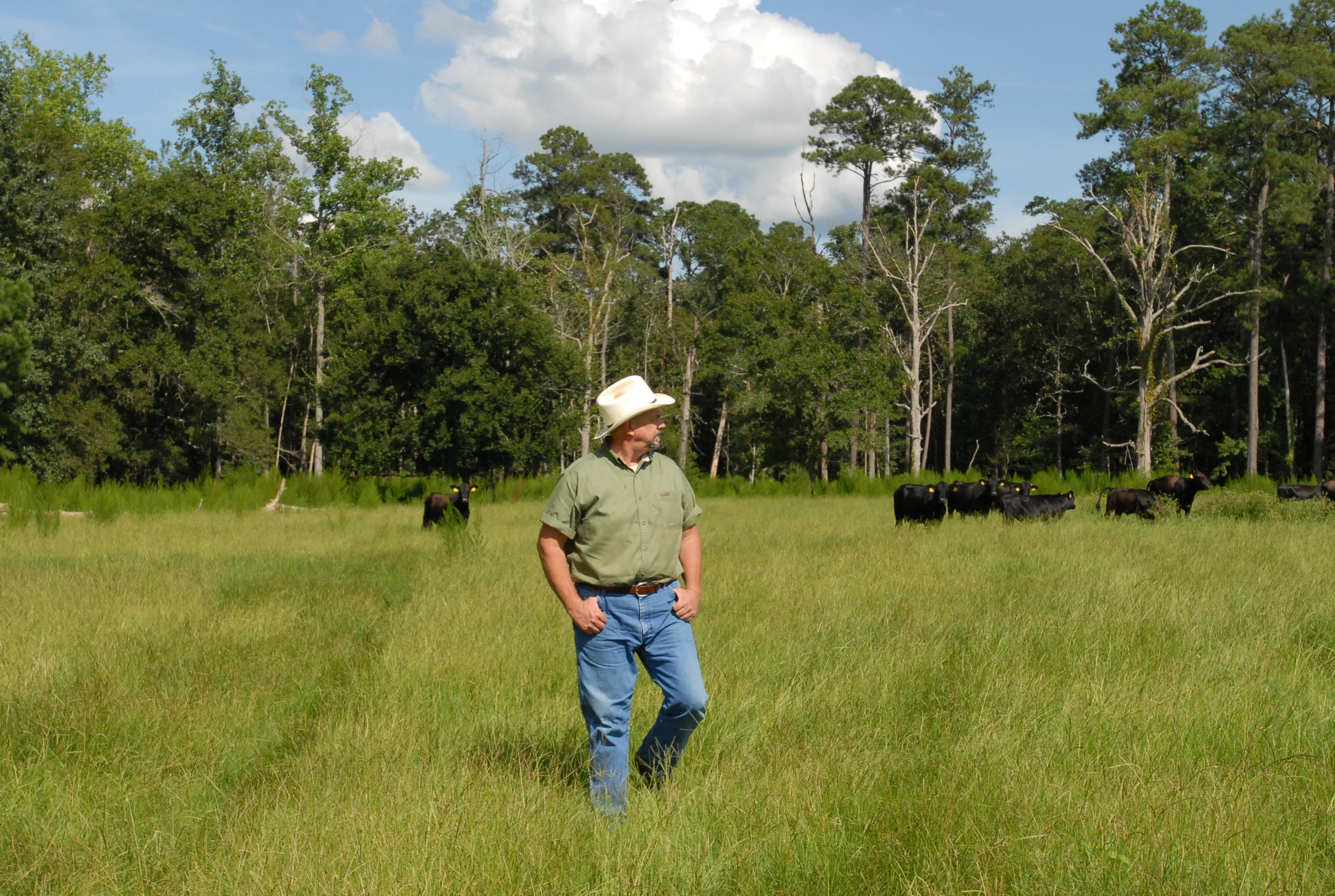 In the Deep South of the United States, Will Harris gets his inspiration for providing the best care he can to his pastureland, the largest certified organic farm in Georgia, and to his cattle, sheep, goats, turkeys, geese, ducks, and chickens, from the natural way of the Serengeti Plains in Africa, his father, grandfather, and great-grandfather who ranched before him, and his daughter Jenni, the fifth-generation on White Oak Pastures. Will’s farming practices haven’t only allowed him to become certified to Step 5+ for cattle, chickens, turkeys, and pigs; he’s also been awarded Small Businessperson of the Year for the State of Georgia, among other much-deserved accolades.

I grew up on the ranch that my great-grandfather established 145 years ago. I am a cattleman, son of a cattleman, who was the son of a cattleman, as was his father before him, and run White Oak Pastures with my daughter Jenni, the fifth generation on this ranch, and 75 employees. It has always been meant to be that I become a rancher, and I’ve never wanted to do anything else. Why would I? I have the best job in the world.

One of the primary core values of my family has always been you take care of the land and the herd, and they will take care of you and the family. Animal welfare is not new to us. But, there was a long period of time during which we lost our way. We incorporated “modern” production ways without understanding the unintended consequences that come with them and have since returned to the traditional ways of raising animals and caring for the land. We’ve gone back to our long-standing commitment to be stewards and husbandrymen.

In an industrial production system, I believe that good animal welfare merely means that the producer does not intentionally inflict pain and suffering on the animals. In our system, good animal welfare means that we provide an environment in which the animal can express instinctive, natural behavior on land that can let them not only live, but thrive. My acid test is to be still and watch the animals. If I enjoy watching them, if they’re being animals, then I think the welfare I’m affording them is probably pretty good.

I own 1,000 acres of pastureland, the largest certified organic farm in Georgia, and rent another 1,500 acres. We care for about 700 momma cows and grass-finish their calves, and recently started raising sheep, turkeys, and chickens, and maybe I’ll raise pigs sometime, too.

Rain and sunshine fall on my land, and my living, organic soil uses these gifts to grow sweet, native grasses that my animals eat.

We emulate the natural way of the Serengeti Plains. We rotational graze the animals, large ruminants followed by small ruminants, followed by birds. It’s the way life has been for centuries in Africa.

Fifteen other cattle ranches are in my producer group. I’m responsible for their certifications and ensure that they raise their animals in accordance with my production protocol. I buy their calves and help them manage their systems. And, as I expand my poultry business, I’ll handle our birds the same way.

We have two on-farm abattoirs [slaughter plants] at White Oak Pastures, one for mammals and one for birds. By eliminating transport, we’re vastly improving the welfare of the animals we raise.

My love and deep-rooted commitment to improving my land and providing the best environment I can for my animals are what get me up at 5.00am every day. I drink coffee in the pasture, steward the land, husband the animals, answer emails, work with others in my producer group, and drink wine in the pastures at dusk. Then, repeat. And always with a smile and a full heart.

In a time where we’re faced with a number of challenges—intervention by government, corporations, and regulations—I hated the idea of the 5-Step Animal Welfare Rating Standards. I thought it was just going to be another drain on time, energy, and money just so I could prove to others that I was doing what I was already doing. I can admit when I’m wrong. I was one of 5-Step’s early adopters, early partners, and I’m delighted to be part of the program. I know it will have a positive impact on the welfare of millions, if not billions, of farm animals.

My father used to say, “If a man is satisfied with a modest living, all he has to do is work half of the time—12 hours of the day, 7 days each week. But, a man has to work a lot more than that if he wants to accumulate anything.” I want to accumulate something. I want to gain knowledge and peace of mind. I want to make sure that my land thrives so that my animals can thrive. I want to leave the legacy of stewardship and husbandry—for generations to come and for each animal who was raised at White Oak Pastures.