By Global Animal PartnershipMarch 10, 2021Audience: Everyone, Meet Our G.A.P. Farm Partners
No Comments 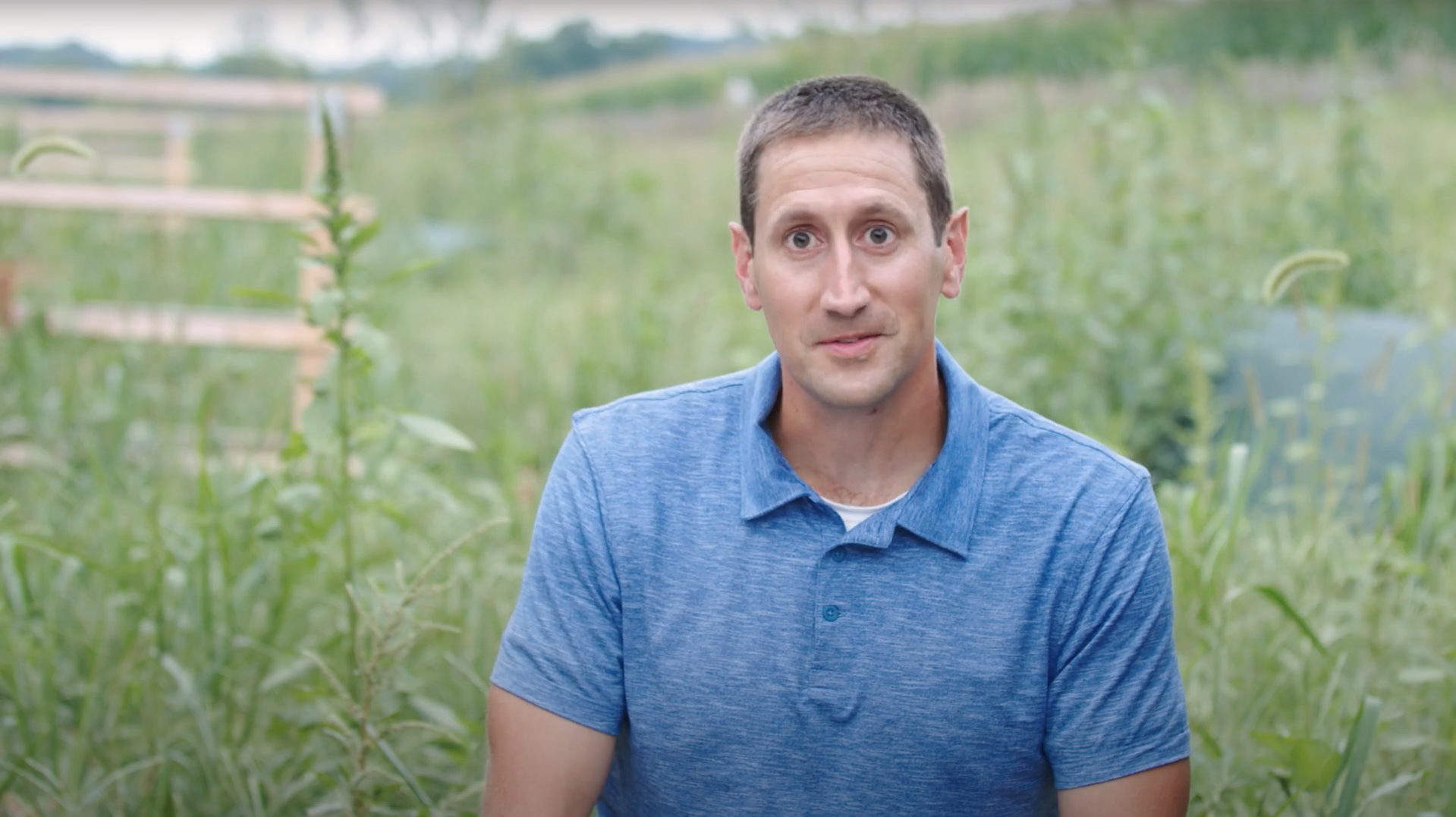 Talking with new G.A.P. Animal Welfare Certified partner, Mike Charles, is truly a breath of fresh air. Mike is just about as down-to-earth as you can get. He cares about animals. He cares about supporting his community. And he cares about doing things the right way.

Mike was born and raised in Lancaster County, Pennsylvania. His dad owned a butcher shop and that’s where he developed relationships with many local farmers in the area. When he grew up, he wanted to continue these relationships that had become so dear to him, so he decided to start a farm of his own – Charles Brothers Poultry.

When he started Charles Brothers Poultry in 2004, Mike had one goal: to produce the most beautiful chickens he could find. (Not the typical response you’d expect from a chicken farmer, right?!) Mike’s quest ended in France, where he discovered the La Belle Rouge breed. And these birds, he deems, are both beautiful and special. Not only are they handsome animals; they mature slowly. It takes about 2x as long as a La Belle Rouge chicken to reach maturity as it does for a conventional bird. They are also quite active – going outdoors every morning to forage and peck, and also making use of the plentiful enrichments at the farm like perches and hay bales for climbing. Mike branded his chickens “La Belle Patrimoine” which, in French, means “The Beautiful Heritage” and that’s the brand you see in your local Whole Foods Market store when you #MakeitGAP.

The Path to Whole Foods Market

Mike’s La Belle Patrimoine chickens are far from conventional chicken breeds so it makes sense that he would develop a relationship with a major retailer, Whole Foods Market, in a pretty unconventional way as well. Mike’s friend owned a restaurant in the Pennsylvania area and was sponsoring a contest in which top area chefs were conducting a taste test to find the best-tasting chicken. Mike’s friend convinced him to enter at the last minute and, you guessed it… he won! And you know what else? A friend of Theo Weening, Whole Foods Market’s Vice President of Meat & Poultry, just so happened to be at the event and tasted his chicken. When Theo got in touch and heard about “the best-tasting chicken his friend had ever had”, BOOM! the match was made. Theo was looking for a heritage chicken product to carry in Whole Foods Market, and Mike was suddenly on his radar.

Mike admits that he didn’t really know what to expect when Theo visited him. He was thinking an executive would roll up to the farm in a suit or at least a button-down and loafers. But, what he got was the incomparable, Theo Weening, a supporter of family farms and healthy animals first, and a retail executive second. Theo came to see him in jeans and hiking boots and they walked the farm and talked about the animals, their handling, and their care for the entire visit. Mike was thoroughly impressed with Theo’s authenticity and engagement, and Whole Food Market’s commitment to regional and local suppliers.

During Theo’s visit, they talked about G.A.P. Animal Welfare Certification as the gold standard for Whole Food Market’s meat department. Mike had heard about the G.A.P. program and that it was the highest animal welfare standard out there but he wasn’t intimidated. As he put it, “When you raise animals the right way and let them express their natural behaviors as nature intended, you really don’t have to change anything.” As you can expect, having his product stocked in over 200 stores across 5 regions of Whole Foods Market (and growing) is really a dream come true.

Having a successful business also means that he can bring new local farmers into Charles Brothers Poultry to raise birds for his brand and give back to the community that means so much to him and his family. Just last spring he was able to help a neighboring farmer who considered selling his dairy farm because of the decreased milk demand across the U.S. Instead of selling, Mike convinced him to convert his dairy farm into a poultry farm and raise La Belle Patrimoine chickens. What a great way to keep the Pennsylvania farming community thriving!

Better Chicken is the Future

Did you know that almost 99% of total poultry production in the U.S. is done in conventional housing systems? That’s a big number to change. That’s why G.A.P. helped commission the largest-ever study of broiler chicken health, welfare, and production as part of the Better Chicken Project – a collection of scientists, breeding companies, chicken producers, buyers, and advocates coming together with a common purpose: to reinvent the modern day broiler chicken. Why should you care about broiler chickens? Check out our recent blog to learn more or visit our Better Chicken Project page to read about the study and G.A.P.’s leadership.

Today, we celebrate Mike Charles and Charles Brothers Poultry. Their expansion into Whole Foods Market is one way to start to move the needle, but we need your help. Every time you purchase a product with our G.A.P. Animal Welfare Certified label, you are voting with your dollars for better animal welfare practices. So, remember to #MakeitGAP when you’re at the store, follow us on social media for more partner updates and info, and tell a friend. Together, we can impact the lives of millions of animals, one farm at a time.

You can learn more about Charles Poultry by visiting their website and by checking out this video for more information on their poultry farm.