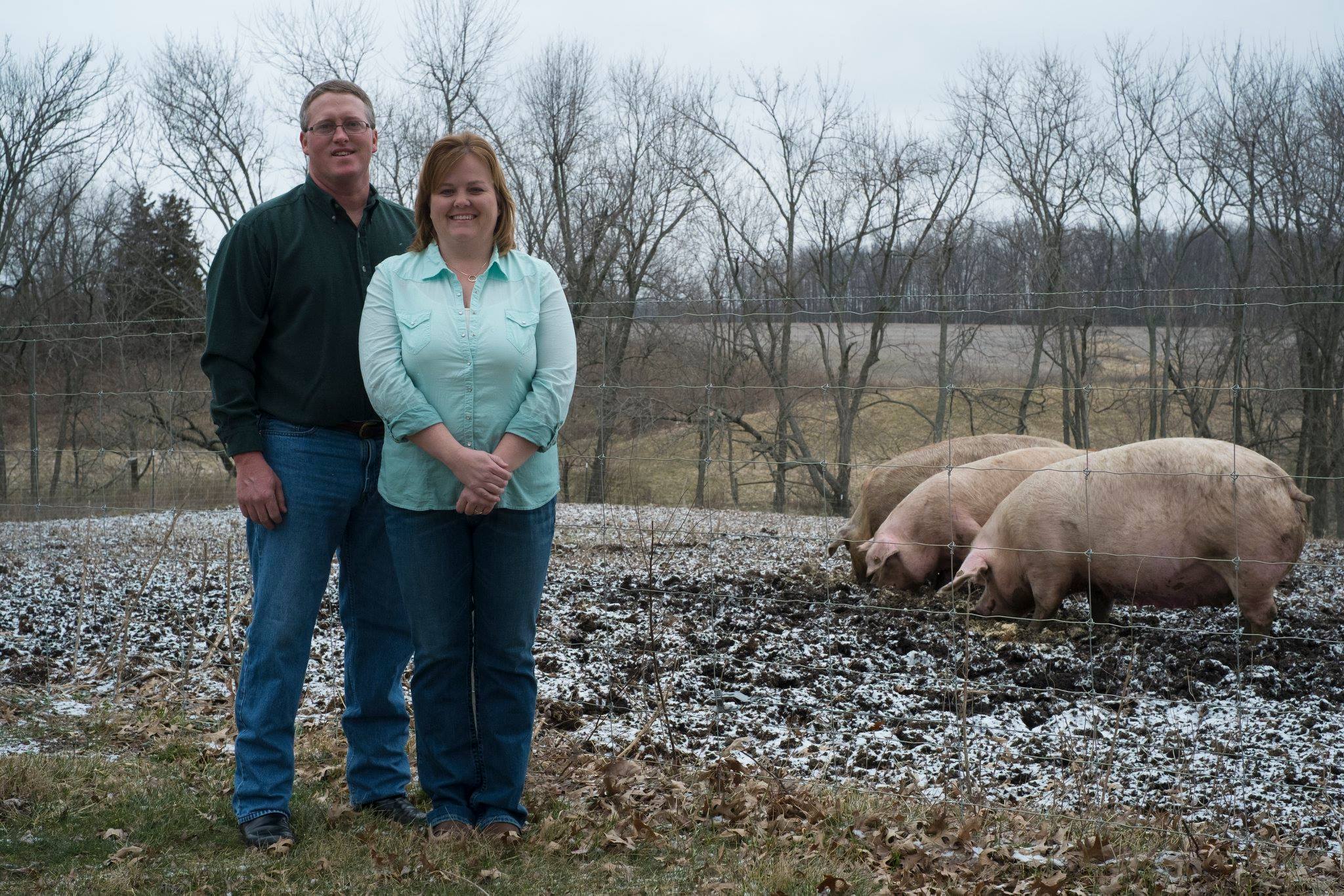 “Our background of growing up on family farms, education, and work experience led us to believe that raising animals with humane treatment, no antibiotics, and outside access was not only better for the animals but also better for the humans caring for the animals. We were introduced to the Step program through our relationship with Whole Foods Market. Chad had been raising cattle for years, and I always wanted to raise hogs again as I had as a child. Chad had worked with hogs in confinement barns and had liked the hogs but not the environment. Chad met a buyer from Whole Foods Market who discussed with him the Step ratings. From there we decided to raise hogs.

After a few months of taking care of hogs and working as a nurse, I decided to be on the farm full-time. Once the audit was completed and the farm was certified to Step 3, we were able to start selling hogs to Whole Foods Market stores nearby in Ohio. After a year or so, the business became larger, and Chad was able to make the move to farm full-time as well. We now sell meat to all the Whole Foods Market stores in Ohio and Kentucky.

Today, we are raising hogs very similarly to how they were raised in the mid 1970′s to 1980′s on my father’s farm. For me, these ideas were familiar. To Chad, coming from working in confinement facilities, he was skeptical at first on some of the practices such as no antibiotics and outside access. He was worried about the health and weight gain of the animals. But, after raising hogs this way, he quickly became aware of the fact that antibiotics are not needed constantly because the pigs stay healthy in this environment. He also feels better himself being outside as opposed to in large barns with a lot of respiratory irritants.

The biggest challenges that we face with farming is what all farmers face with constantly changing grain prices. We are also looking at going to all non GMO feed which is challenging to find or raise.

The best part of farming in this way is that it is such a good environment for the animals and the family. We do not have jobs off the farm which makes it easier to spend more time together. Our three children help on the farm and enjoy the animals. Most of the sows have names and stories to go with them, which makes it difficult for us when one has problems of some kind. Chad and our son, Caleb, do most of the physical labor. I handle the business end of the farm as well as help with weaning, farrowing, and various feeding on busier days with our daughters’ assistance.

Overall, our commitment to animal welfare comes from a love of the land and animals God gave us to care for. Treating the animals in a kind way does not have to be forced, it is the right thing to do.”